The Austerity Brogue  has the wingtip construction of a Full Brogue Shoe without brogues, i.e. without the perforation that simulate the holes of the original brogues used in water or swamps; the holes allowed the water to escape one the wearer was solid ground again.   The absence of any broguing along the seams is typical of the Austerity Brogue,  which was developed in the times of leather shortage during the Second World War in the United Kingdom, as it requires less leather for its construction.  As is lacks any broguing, the name is a bit misleading, and it is a bit closer to the Oxford or the Derby, depending on whether it is open-laced or closed-laced, but a bit less formal that these counterparts. 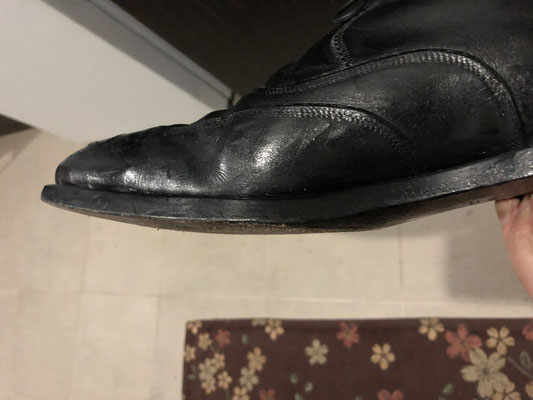 THE AUSTERITY BROGUE WITH TOECAP DECORATION

The absence of any Brogues along the wingtip seam denotes the Austerity Brogue, but here the toecap is decorated with small perforations - there are not called "Brogues".  It is a bit more casual than the undecorated Austerity Brogue.  This pair is from Bally's 'Scribe' series.